Don’t Be So Defensive! 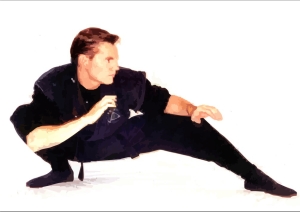 Immersion or sprinkling?  Christening or post-conversion baptism?  Pre-trib… Mid-trib… Post-trib?  Views on the Millennium?  When will Christ return?  Free will or not?  Is tithing in the New Testament?  Contemporary or traditional worship?  Suits or casual clothes?  Hymnals or projection?  To have or NOT have Sunday evening worship?

It is interesting to watch Christians disagree on doctrine, theology, and/or practice (Including individuals in my own denomination, The Southern Baptist Convention.).  I’ve found the more argumentative, animated, and emotional  (A.K.A. “Defensive”) people are in the midst of discussion is usually a good indicator of several things: 1) They are lacking in love to a degree {“Love IS: Patient and kind, not arrogant or rude, does not insist on its own way, not irritable or resentful”}… 2) A level of insecurity in what they believe… and 3)  Some amount of personal insecurity.

CONVERSELY, I have found that those who are secure and confident in what they believe… A) Don’t feel threatened when someone disagrees with them, B) Aren’t compelled to attack… beat down… exclude… or correct those who believe differently… C) Are able to engage in discussion without hyperventilating and getting worked up emotionally… D) They are gracious and patient in presenting their own views when asked to do so… E) They are able to live with not having all the answers to every question, and F) They don’t feel the need to correct those who disagree with them (Presenting their own view is enough, they don’t have to destroy the other person or what they believe).

Romans 14:1 As for the one who is weak in faith, welcome him, but not to quarrel over opinions.

Romans 14:5  One person esteems one day as better than another, while another esteems all days alike. Each one should be fully convinced in his own mind.

1 Timothy 6:2 Teach and urge these things. 3 If anyone teaches a different doctrine and does not agree with the sound words of our Lord Jesus Christ and the teaching that accords with godliness, 4 he is puffed up with conceit and understands nothing. He has an unhealthy craving for controversy and for quarrels about words, which produce envy, dissension, slander, evil suspicions, 5 and constant friction among people who are depraved in mind and deprived of the truth…

2 Timothy 2:14 Remind them of these things, and charge them before God not to quarrel about words, which does no good, but only ruins the hearers. 15 Do your best to present yourself to God as one approved, a worker who has no need to be ashamed, rightly handling the word of truth. 16 But avoid irreverent babble, for it will lead people into more and more ungodliness, 17 and their talk will spread like gangrene.

Romans 12:18 If possible, so far as it depends on you, live peaceably with all.

What I’m suggesting is for Christians (Including myself) to not be so defensive when a brother or sister disagrees with us.  Defensiveness exposes “an unhealthy craving for controversy and quarrels about words” and is considered by many as “irrevent babble.”  In Christian discussions ATTITUDE is important… a GOOD attitude… one that glorifies God and doesn’t cause His name to be blasphemed among unbelievers (Romans 2:24).